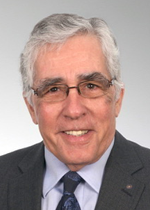 Born in Amos, Abitibi on October 3, 1947, the honourable Jacques Viens studied at Collège de Rouyn and at Collège d’Amos (B.A. 1967) and, in 1970, he earned an LL.L. from Université Laval and was admitted to the Québec Bar in 1971. From 1971 to his appointment to the Superior Court of Québec in June 1984, he practised law in Amos, in a law firm he founded himself. He also filled in for the chief prosecutor between 1972 and 1976, serving the Cree communities in James Bay and the Inuit villages in Hudson Bay, as well as the Abitibi district.

For several years, he was part of a group of judges who provided a one-week training session for all new Superior Court judges each fall.

He decided to retire on October 1, 2014, after more than 30 years with the Superior Court of Québec. 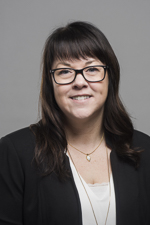 With a Criminology degree from Université de Montréal and carrying out graduate studies at the École nationale d'administration publique, Ms. Camirand has worked for Québec's correctional services for more than 15 years. This experience has allowed her to develop partenerships with First Nations representatives and from the northern territory. She was Director of Professional correctional Services until her appointment to the Commission. 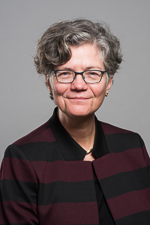 Suzanne Arpin has a Bachelor’s degree in Legal Sciences, which she completed at Université du Québec à Montréal (UQAM), and has been a member of the Quebec Bar since 1984.  She began her career at the Ministère de la Justice. In 1988, she decided to practice mainly in the areas of social law at Centre jeunesse des Laurentides until 2014.

In 2014, Suzanne Arpin was involved in the creation of the legal department of the Cree Board of Health and Social Services dedicated to the Director of Youth Protection. She practiced mainly in the areas of youth protection, adoption, youth criminal justice as well as health and social services law.  In addition to being called to plead before all the Quebec courts, Suzanne Arpin was Chief of Legal Services in youth centers for 12 years.

In 2016, Suzanne Arpin is asked to work for the Commission des droits de la personne et des droits de la jeunesse as Legal Counsel, then as Acting Director of Protection and Promotion of Youth Rights.

Suzanne Arpin is a certified trainer of the Programme national de formation and holds a graduate certificate in Management and Development of Organizations from Université Laval. 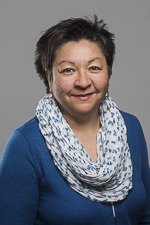 Member of the Cree Nation, Ms. Mark holds a bachelor’s degree in preschool and elementary education and a master's degree in psychoeducation. She has always had the well-being of Aboriginal people in mind.

Over the course of her working life, Ms. Mark has introduced a range of services for Aboriginal people. She has worked at the Université du Québec en Abitibi-Témiscamingue (UQAT) since 2002 and, since fall 2011, she has been coordinating Aboriginal projects at the Continuing Education Service. She also provides training on Aboriginal culture and realities.

She was the administrator and vice-president of the board of directors of the Val-d'Or Native Friendship Centre from 2007 to 2017, and a member of Québec’s Conseil supérieur de l’éducation from 2010 to 2015.

Past positions include coordinator of Service Premières Nations and interim director for the UQAT campus in Val-d’Or. She also worked at the Val-d'Or Native Friendship Centre, notably as director of the Aboriginal Head Start Program. In the Nord-du-Québec region, she also worked as a teacher, vice-principal and principal for the Cree School Board.

In April 2003, Ms. Mark was awarded first prize for her oral presentation at the 4th joint conference on graduate studies in psychoeducation. In September 2006, she was made a member of the Circle of Excellence of the Université du Québec network. In 2006, she won the Female Personality of the Year Award at the annual gala of the Val-d'Or Chamber of Commerce. In 2016, the Cree Women of Eeyou Istchee Association gave her an award recognizing her work in education. 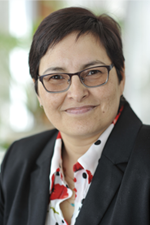 Member of Long Point First Nation and Anicinabekwe, Sharon has a College Diploma in Administration from Canadore College in North Bay, Ontario.  In her professional and political experiences, she worked as Director of Health and Social Services for her community as well as General Director. Sharon was also elected as Councillor on the band council.

Her involvement in advocacy for First Nations rights led her to the Val-d'Or Native Friendship Center, where she was the Assistant Executive Director and Director of Social Development from 2001 to 2017. In addition, her work as led her to be an active advocate with several key players on various committees, discussion tables (early childhood / youth, family) on major issues such as social development, homelessness and the fight against discrimination racial.

From 2001 to 2013, her social implications included as a founding member and chair of the board of directors at the Abinodjic-Miguam Early Childcare Center in Val-d'Or and as a member Of the Board of Directors and President of La Piaule de Val-d'Or. 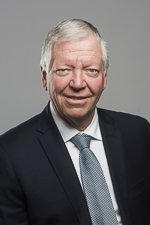 In 1979, Mr. Michaud reoriented his career toward public services, specifically, the health sector, where his previously acquired knowledge enabled him to rapidly climb the ladder. In 1982, he was promoted from director of finance and technical services to director general at Lebel-sur-Quévillon.

After a brief retirement, in 2014, Mr. Michaud agreed to act as interim general manager of the Vallée-de-l’Or CSSS for 15 months.

Throughout his career, Mr. Michaud chaired several boards of directors and committees relating to the funding of resources in public services, particularly in the health sector. 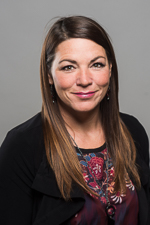 Annick Larose holds a bachelor degree in criminology from Université de Montréal. She started her career as a clinical counselor and facilitator at the Abitibi-Témiscamingue and Nord-du-Québec Halfway House. She then seized the opportunity offered by the Centre Jeunesse de l’Abitibi-Témiscamingue to work as a youth educator; in that capacity, she supported young people from the Algonquin communities of Eagle Village, Timiskaming First Nation and Winneway.

Annick Larose then joined the Centre de réadaptation L’Étape. In the context where young people from Inuit villages – so far being cared for at L’Étape – were relocated to the Sapummivik Rehabilitation Centre in Salluit, Annick Larose was invited by the Inuit personnel of Sapummivik – who were then completing training in Val-d’Or – to contribute to the smooth implementation of the new center.

In 1999, Annick Larose joined the MSP (ministère de la Sécurité Publique) as a probation officer in Cree territory until 2005, then the DSPC ATNQ, Val-d’Or, from 2006 to 2017. Her many achievements include an acting position as DSPC Nord-du-Québec Team Leader. In 2005, her career was marked by a contract position with the Commission des Droits de la Personne et des Droits de la Jeunesse. 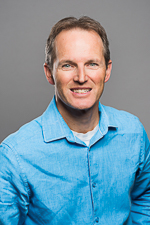 Mr. Riendeau holds a Bachelor Degree in Psycho-education; for more than 25 years, he has devoted his career to youth protection and family support. From 2007 to 2010, he was Coordinator of front-line services in Kitcisakik, and through a community development approach he encouraged and supported active population participation in finding solutions. Since 2014, Riendeau has been Regional Coordinator of My Family, My Community, a program that promotes keeping Aboriginal children in their family and community. 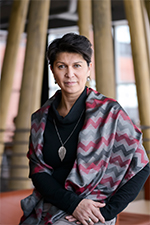 Suzy Basile comes from the Atikamekw community of Wemotaci. She has a Bachelor degree and a Masters degree in Anthropology. She is professor with the School of Indigenous Studies the Université du Québec en Abitibi-Témiscamingue (UQAT), at the Val-d’Or campus. She is member of the steering committee of DIALOG Aboriginal Peoples Research and Knowledge Network. She recently defended a thesis in the Environmental sciences Ph.D. program at UQAT, about the role and the place of Atikamekw women in land and natural resource governance.

Ms. Basile was involved in the development process of the Assembly of First Nations of Quebec and Labrador’s Research Protocol (2005, 2014). She developed the Guidelines for Research with Aboriginal Women for Quebec Native Women Association published in 2012. She also co-lead diverse issues on the subject of the ethics of research with Indigenous peoples. 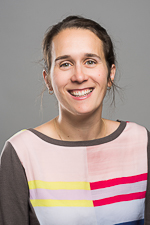 Ms. Cornellier holds a Bachelor's degree in Anthropology and Ethnology from the Université Laval and a Master's degree in Anthropology from the University of Montreal. As part of her studies, she became interested and got involved with the urban Aboriginal community of Val-d'Or. She published a book on the subject, entitled Kitakinan in 2013. Since 2011, she is a research officer at Université du Québec en Abitibi-Témiscamingue, at the Val-d'Or campus, and lecturer. Her duties include working on a variety of Aboriginal issues, particularly in Aboriginal education, and working with Aboriginal people in and around Val-d'Or. She is also a member of the Committee against Racism and Discrimination of the City of Val-d'Or. 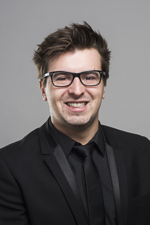 From Abitibi-Témiscamingue, Mr. Bigué-Turcotte has been working in communications for two years. He has worked at a public relations firm in Montréal and in the cultural sector, on two major events in Québec.
Having studied Public Communications at Université Laval, Mr. Bigué-Turcotte has always had a passion for community engagement. He even started a foundation with two university classmates in 2016.